Study: Don’t Feed Your Cannabis to a Donkey 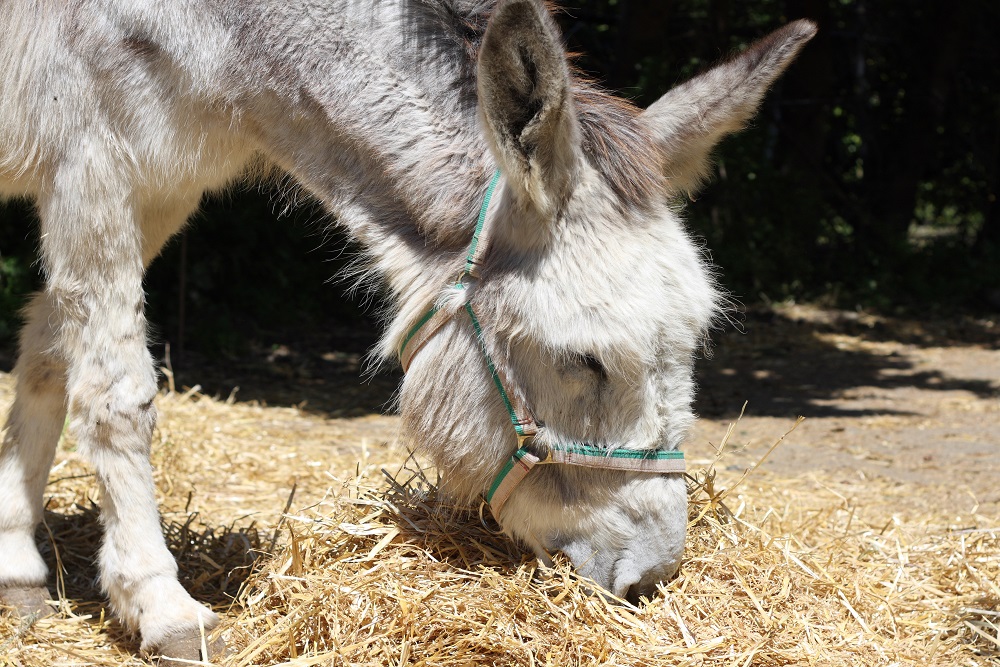 If you are a cannabis user and you have ever considered feeding your favorite plant to a donkey, don’t. A recently released study just published in the Journal of Veterinary Diagnostic Investigation indicates that donkeys don’t do well with even small amounts of cannabis. It might be great for you, but it is apparently not so good for certain equine species.

More intriguing than the study itself is why it was actually conducted. Let’s be serious, is it common for donkeys to consume cannabis and get high? And if so, how is this happening? Are they eating it in the fields they traffic in, or are people feeding it to them?

In all seriousness, researchers undertook the study because of the prevalence of cannabis toxicosis in service animals. One way or another, service animals are getting their jaws on cannabis and exhibiting symptoms. Researchers wanted to know if cannabis would have the same effect on non-service animals. They began their study with donkeys.

Getting High and Staying High

Researchers utilized the services of a pair of donkeys named Jack and Jenny. Both were fed small amounts of cannabis that had originally been grown for human consumption. What happened? They presented symptoms similar to what humans would display after consuming too much. Jack and Jenny both exhibited higher heart rates and lethargy, for example.

Most interesting was how long the two donkeys showed symptoms. Jenny, the younger of the two donkeys, was symptomatic for 44 hours before finally being taken to a veterinarian hospital. Both fully recovered within 24 hours of peak.

According to the study’s authors, cannabis toxicosis is fairly common in service and companion animals. That makes sense, given the prevalence of medical cannabis use among patients with qualifying conditions that might also call for therapy animals. That said, researchers are concerned that cannabis legalization could lead to toxicosis issues for other species.

Don’t Leave It Lying Around

The owners of the Deseret Wellness medical cannabis pharmacy in Park City, UT say that the best way to guarantee animals do not ingest cannabis is to not leave it lying around unattended. Protecting animals against accidental ingestion is no different than protecting children. When cannabis is used properly and kept out of the reach of children and animals, everyone is safer for it.

It should be understood that animals are naturally curious. Not only that, many of the ingredients added to both medical and recreational cannabis products to make them more appealing also attract the noses of multiple animal species. If it tastes or smells good to you, it is likely that animals will find it appealing as well.

In the meantime, the scientific community is conducting ongoing animal studies to see if certain species can benefit from medical cannabis as a therapeutic substance. Some of those studies are looking specifically at CBD.

For example, one study done in 2019 determined that dogs suffering from canine epilepsy experience fewer seizures after being treated with a CBD oil. Another study 2019 suggests that CBD may offer relief to dogs suffering with osteoarthritis.

The studies in no way suggest consumers should feed their animals CBD or THC products. And in fact, modern ethics discourage people from giving animals any substance that could potentially intoxicate them. So again, do not give your cannabis to a donkey. Do not give it to your dog, your cat, or any animal.

Cannabis may be fine for human beings more than capable of managing their consumption. It is not good for animals. Do your animals a favor and keep your cannabis away from them.